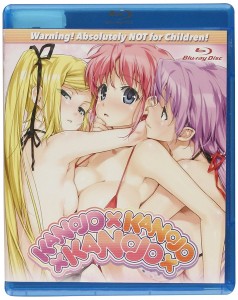 Ep. 3: MEETING AT A FESTIVAL, IN A BATH AND A HAREM PARADISE. Haruomi’s life with the three beautiful sisters remains complicated but exciting. He agrees to help the sisters with an ice cream competition. The day of the contest approaches as Haruomi helps the girls prepare for the big day in more ways than one!