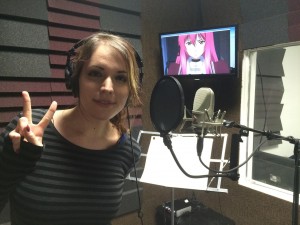 You might have been wondering who will be voicing our lead female character, Lilith. Well, we’re excited to announce the role of Lilith will be played by Amber Lee Connors [Voice]! Amber is a talented voice actress who can be heard in the games Dust: An Elysian Tail as Ginger, Huniepop as Beli, Dead Island: Epidemic as Amber, Circe/Death Metal Rhapsody in Heroes of Newerth, Ira in DreadOutand Ava in Sunrider. Some of you might also recognize her from her work in parody group Team Four Star (Official), where she plays Android 18. Welcome to the cast, Amber!